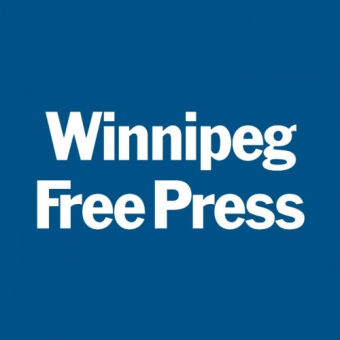 When Shaneen Robinson-Desjarlais found out in April she was pregnant with her second child, she knew she wanted to tackle the challenges of labour and birth differently this time.

"That was the first thing I said to (my husband, Martin)," she said. "I’m not going to put myself through what I went through again."

It was a little over four years ago, but Robinson-Desjarlais, 38, said she remembers her son’s birth clearly.

She arrived at the hospital with her family, but her regular doctor wasn’t working that day.

Her birth plan had outlined a water birth and nitrous oxide for pain, but she was told neither was available. She brought a gown she had worn in Indigenous ceremonies that she wanted to wear to give birth, but was informed, plainly, she would have to change into a hospital gown.

"I just felt like there was no empathy there," Robinson-Desjarlais said. "There was no basic human kindness. I was treated like a number, like I was nobody."

This time, she’s hoping to take a more traditional approach. As a Cree woman, Robinson-Desjarlais said she wants to get back to Indigenous birthing philosophies.

"When you have a child in our traditional ways, it’s a sacred thing," she said. "You’re supposed to have your aunties, your sisters, your cousins, your mother, your grandmothers — whoever you want — as your support system."

Right now — between working full time and caring for her four-year-old son, Sampson, and a three-year-old foster daughter with her husband — Robinson-Desjarlais is also in the process of looking for an Indigenous doula through the Manitoba Indigenous Doula Initiative.

Without access to one, the former CTV News reporter and University of Winnipeg grad worries she’ll be left without a voice in the childbirth process.

"The lack of support that I felt at such a sensitive time — like, you’re bringing life into the world, becoming a mother for the first time," she said.

"And me — as an established, educated woman — for me to feel so vulnerable and disrespected and anxious and stressed, I can only imagine what young women that can’t even advocate for themselves are going through."

While the doula initiative is open to all Indigenous women, it’s these women in particular — young women, women dealing with addiction issues, women at risk of having their children apprehended by Child and Family Services — the initiative focuses on, doula co-ordinator Angie Cote said.

"This initiative is all about empowering women," Cote said. "Keeping the families together, and to help the women deal with their issues of trauma, their issues of whatever they’re going through in their lives. Just to help them reclaim their voice."

Doulas trained through the initiative are paired with expectant mothers who apply for the program. They help guide the women from the prenatal stage, to labour and delivery, all the way through postpartum. The doulas offer spiritual guidance and connections to practices based in Indigenous culture and teachings, such as smudges, placenta ceremonies and naming ceremonies for babies.

Since it started, the initiative has trained over 60 women as Indigenous doulas. But this isn’t enough to keep up with the increasing demand for their services, particularly in remote communities, Cote said.

But several new projects aim to fill that research gap.

Learn More About Our Initiative

If you would like to learn more about the Restoring the Sacred Bond Inititave, please feel free to start a conversation.